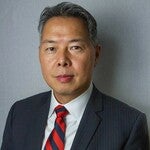 Mr. Lin has been working in the immigration field since 1992. Mr. Lin has worked on countless highly complex immigration matters ranging from corporate mergers, successor in interest, crimmigration, H-1B, E-2, and all aspects of immigration law. Mr. Lin served as a Special Assistant Attorney General of the State of West Virginia in representing its state agencies. In addition to his dedication to the immigration community, Mr. Lin is a volunteer attorney with Catholic Charities Legal Services providing pro bono services to underserved individuals facing deportation. Mr. Lin provided pro bono legal services to homeowners facing foreclosure during the housing crisis. Mr. Lin received a Certificate of Appreciation from the State of Maryland for such work.

Below are just some of the visa approvals we have succeeded in getting for past clients. Let us help you with your immigration matters.