We are pleased to report the successful defense of an asylee from attempted termination of his asylum status due to alleged Terrorism-Related Inadmissibility Grounds (TRIG). This case illustrates the threat of the current administration's policy of reopening finalized cases and pursuing the retroactive application of the Patriot Act. The asylee in question had received his asylum before the passing of the Patriot Act. We argued that the retroactive provision of the Patriot Act, while applying to acts committed at any time, cannot be applied to cases that already have a final administrative decision. [115 STAT. 348(c)(1)(B)(i), Public Law 107-56—October, 26, 2001].  Notwithstanding the legal issue of the retroactivity of the Patriot Act, we also pointed out to the asylum office that it is questionable that they even had the authority to initiate revocation proceedings under 8 CFR Section 208.13(c)(2) since the asylum application was granted many years ago.  In any event, after multiple interviews, the asylum office found that it does not have sufficient evidence to revoke the client's asylum status.

The success of this case was due in large part to the guidance and technical support of Catholic Legal Immigration Network, Inc. (CLINIC)'s Bradley Jenkins and Michelle Mendez. This case posed a difficult issue of retroactivity of the Patriot Act, the bases for termination of Asylum, and eligibility for a waiver of TRIG based on activities with an alleged undesignated Tier III terrorist organization. The associate attorney, Ms. Kendall Niles, did a wonderful job of representing the client before the asylum office. :)

The reopening and attempted re-adjudication of these done and dusted asylum cases is certainly a cause for concern for asylees and their advocates. Again, we are very grateful for Michelle and Bradley's legal expertise and tireless advocacy on behalf of the immigration community.  Please consider donating to the Clinic to allow them to continue their vital work! If you want to designate the donation to their Defending Vulnerable Populations Program, which focuses on removal defense training and legal support, litigation, and remote crisis response models, you may do so on the “memo” field of the donation webpage. 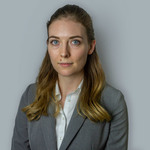 We offer a free consultation and we’ll gladly discuss your case with you at your convenience. Contact us today to schedule an appointment.